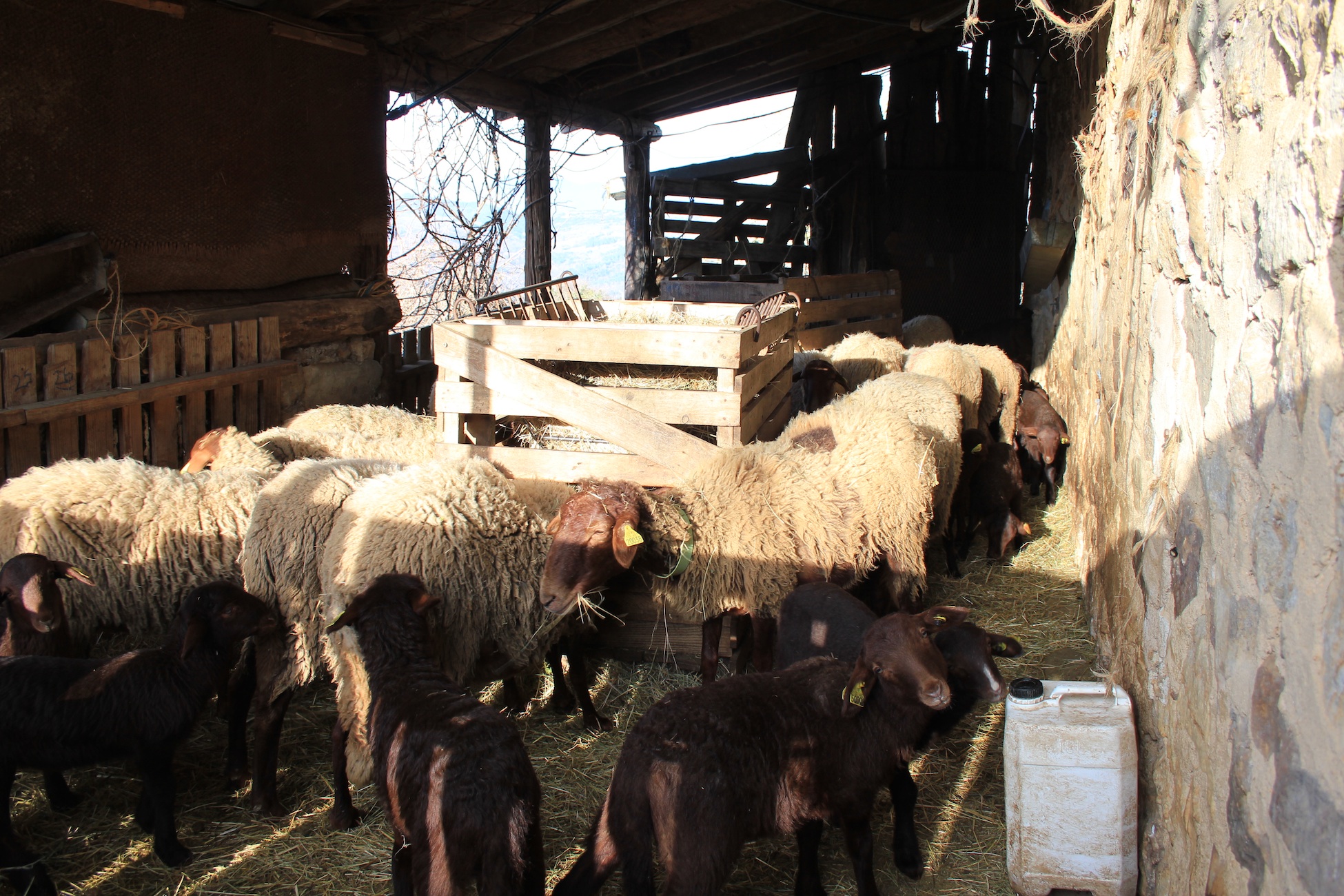 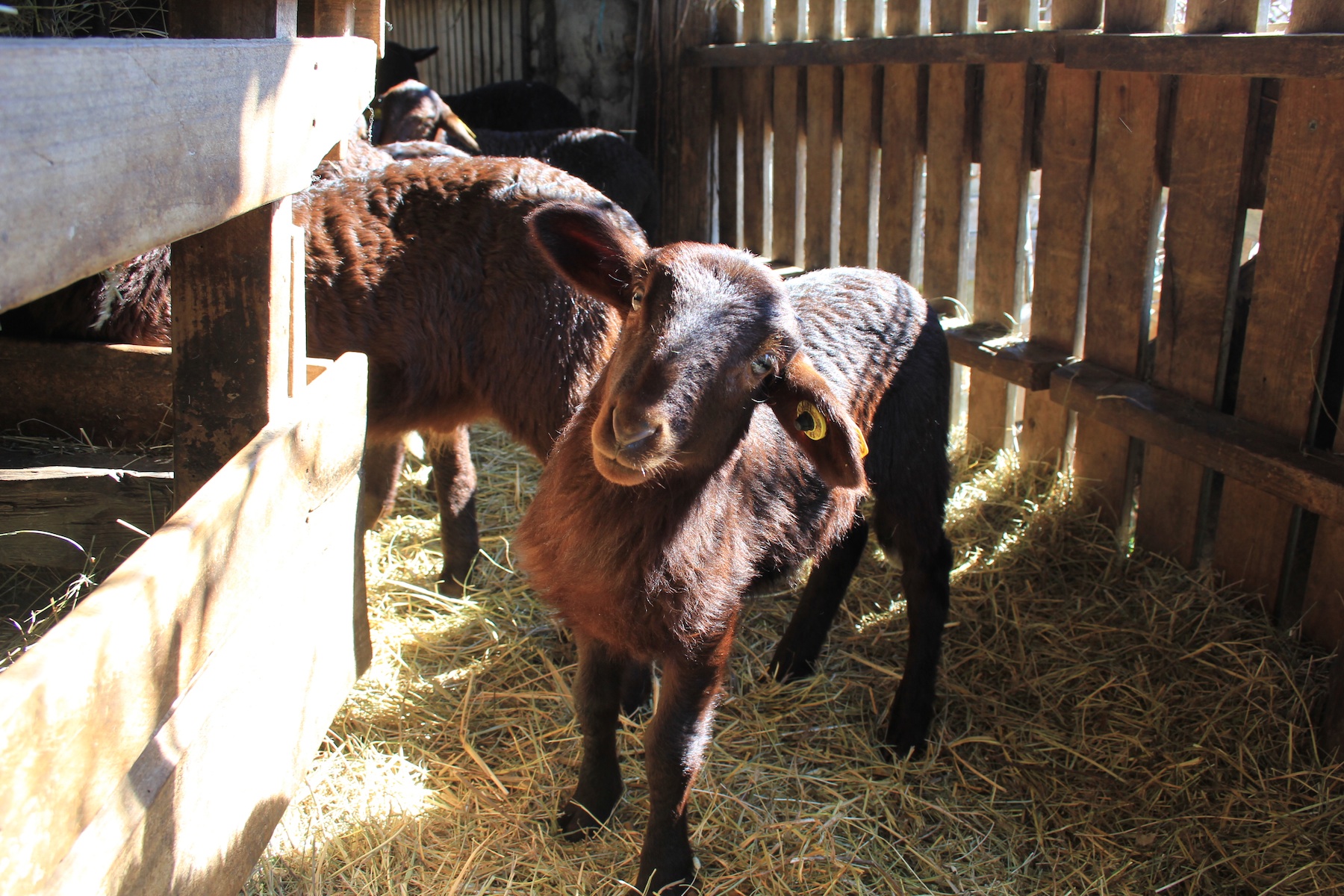 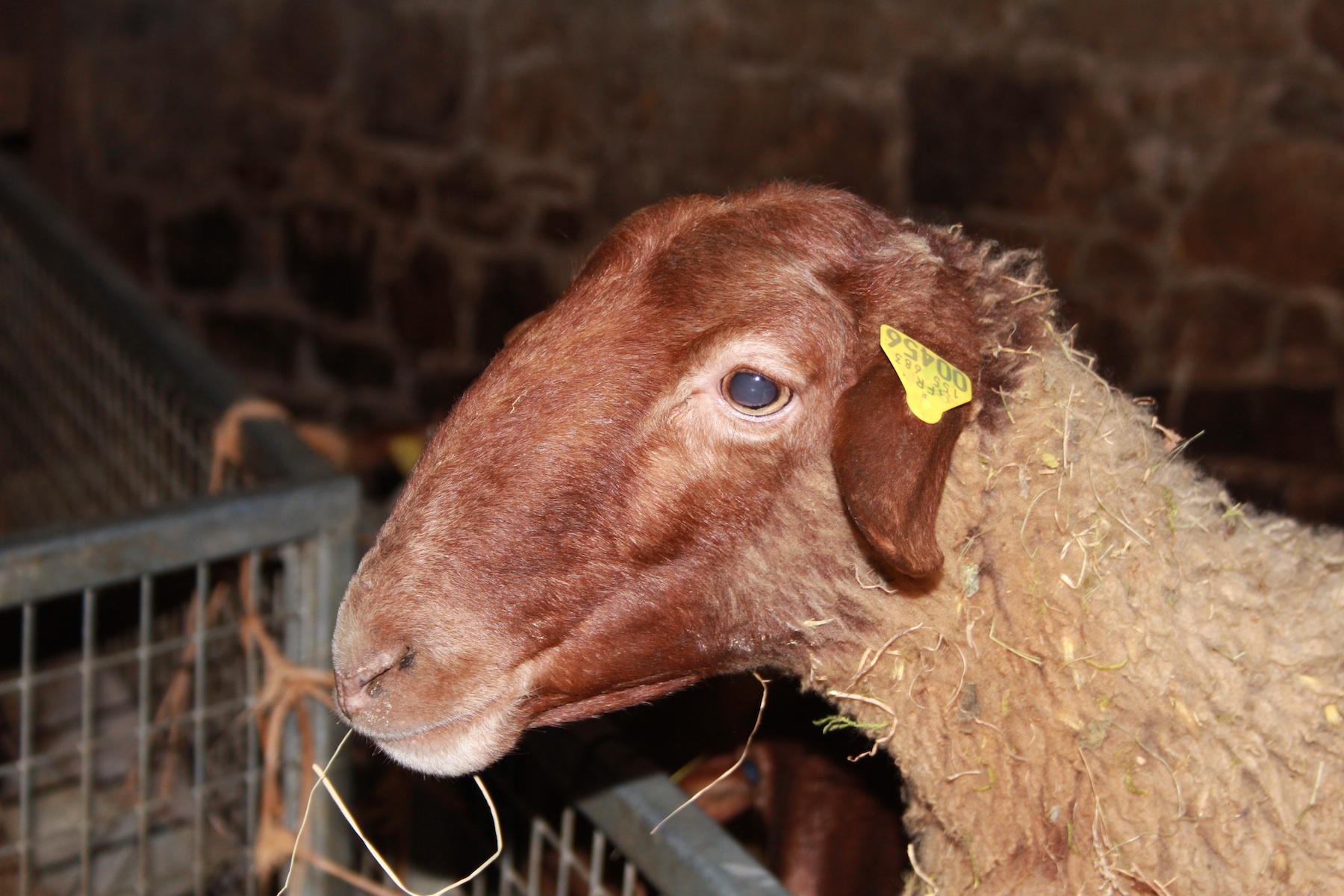 Saving the Guirra, a race of rare breed sheep.

Our sheep are of a rare breed called Guirra also known as "Roja de Levantina". They come from Valencia, Spain.

The adventure started when we met a shepherd and his flock of sheep in the Spanish Pyrenees. We bought a few ewes and a ram off him. Later we went to Valencia to buy some new rams (we bought rams from 6 different farms). Since then we have been following a genetics plan so as to avoid inbreeding and enable the flock to grow.

We do this work (which is not recognized by the French authorities because the Guirra is not a French race of sheep) because we believe that in doing so we are doing something for biodiversity.

Ten years ago there were less than 3000 Guirra sheep remaining, today it is likely that there are no more than 3500.

The Guirra are a rustic race.

The Guirra race is very old and remains authentic, it has not undergone selection to satisfy the needs of the modern food industry.

Selection always destroys certain characteristics. For example natural resistance to certain illnesses or the ability to adapt to certain environments may be lost.

Our choice to help save the Guirra is based on a desire to maintain those characteristics that modern races of sheep are progressively loosing.

Rustic sheep have advantages over modern races. Their maternal instinct is very strong, and their ability to tell what food is best for them remains intact. They eat many leaves of trees and bushes as well as grass. Sometimes they will feast on blackthorn at others on pine needles !

The Guirra are very resistant to heat and drought. The ewes drink very little in summer.

Our sheep are very calm and they follow us everywhere...

What Our Sheep Eat

Our lambs enjoy skipping in the fields all year round.

Their food is 100 % organic and consists mainly of grasses from natural pastures that have not been plowed for over 50 years. The flora is very diverse with a mix of about 20 graminae and legumes sprinkled with multicolored orchids.

We work in a landscape of small fields surrounded with forest and brush and Guirra sheep love to eat leaves of all kinds: brambles, broom, dogwood, ivy and even nettles.

Our animals are raised in total respect of their well being as well as that of the earth and of all the other life forms that live together on this beautiful planet.